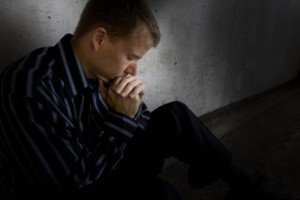 Have you noticed that many of the most repentant prayers in the Bible come from God’s most faithful servants? Human logic would suggest otherwise. Most would assume that as one grows in his/her faith, sin would decrease, along with the need for confession and repentance.

But in truth it seems the closer one draws to God with a desire to obey and serve; the more grieved he/she becomes with sin. In the life of a growing Christian, the presence of sin becomes increasingly poignant and unacceptable and takes the individual more frequently to his/her knees, seeking out the purifying work of grace and the restorative impact of the Father’s discipline.

Repentance is the centerpiece of Christian growth and sanctification. Whenever one is dull to the stirring conviction of the Spirit, he/she is in true danger. Repentance is God’s gift that provokes the unbeliever unto salvation, and draws the Christian toward sanctification. A repentant lifestyle is brings life, vindication, joy, and development. It is a gift of God that simultaneously convicts the conscience, provokes confession, and heals the willful patterns of our lives.

Because of this we see the great characters of Scripture humbled, submitted, and burdened by the undoing of sin, seeking instead the freedom and provision of grace and the empowerment of the Holy Spirit. Paul described well the single remedy for his base depravity:

Wretched man that I am! Who will set me free from the body of this death? Thanks be to God through Jesus Christ our Lord! (Rom 7:24-25).

The awareness of our plight as sinners deepens our dependency upon Christ while provoking praise, celebration, and thankfulness for God’s unmerited favor. A life that is sensitive and yielded grows to have no tolerance for sin and thereby develops an urgent pursuit of righteousness.

The apostle Paul is a great example. Early in his ministry, Paul described himself as the “least of the apostles” (1 Cor 15:9). And while this is a humble statement, Paul still numbers himself amongst the most elite group of Christians; the apostles. Midway through his ministry Paul saw himself as the “very least of all saints” (Eph 3:8). Paul’s view of himself was shrinking. Near the end of his life, Paul summarized himself as the “foremost” of sinners (1 Tim 1:15).

Clearly Paul had not become more sinful over time but rather he had lost all patience for sin. In spite of this Paul did not stand condemned (Rom 8:1) but was content (Phil 4:11), joyful (Rom 15:13), thankful (2 Cor 9:15), and hopeful (Rom 5:3-5). But even in the midst of God’s security, Paul did not become cavalier concerning sin. In fact he warned the Church:

After the failings of King Saul, the Lord “sought out for Himself a man after His own heart…” (1 Sam 13:14) and David made ruler over Israel. David was a fierce and faithful warrior, a godly leader, as well as an adulterer and a murder (2 Sam 11:3-5, 14-15). But when confronted by the prophet Nathan and disciplined by God (2 Sam 12) David repented with grief and endured the ramifications of his sin throughout the remainder of his life (Ps 32, Ps 51). Again the fallen nature of man asserted itself even within the life of one of God’s chosen.

As King David repented for his sin he described the character of God and the nature of His desire:

The sacrifices of God are a broken spirit;
A broken and a contrite heart,
O God, You will not despise (Ps 51:17).

David’s repentance restored his walk with God and ensured his continued contribution to the Kingdom’s redemptive plan. Without conviction, repentance, and surrender David could have become another amongst numerous disobedient and evil kings who served the people of Israel and Judah. Eventually, because of his true repentance, David could pray before God:

The LORD judges the peoples; Vindicate me, O LORD, according to my righteousness and my integrity that is in me (Ps 7:8).

True repentance is a product of godly sorrow (2 Cor 7:10). Godly sorrow is the deep and abiding awareness that one is an offence before a holy and righteous God that bears fruit in the Christian life. Paul described the fruit that follows godly sorrow and genuine repentance:

For behold what earnestness this very thing, this godly sorrow, has produced in you: what vindication of yourselves, what indignation, what fear, what longing, what zeal, what avenging of wrong! In everything you demonstrated yourselves to be innocent in the matter (2 Cor 7:11).

Repentance is restorative and confirms the work of Christ that was completed at Calvary. It is the working of God’s imputed righteousness that continues far beyond the point of salvation, bearing fruit (Gal 5:22-23, Jn 15:5), sanctification (Rom 5:1-5), and empowerment (1 Cor 1:18) throughout the believer’s life.

A repentant life is a godly life; void of self-righteousness, pride, and self-sufficiency. It’s product is demonstrated in the life of Daniel, one of the greatest biblical examples if faithful integrity in Scripture. Even though Daniel displayed faith and devotion beyond measure, he was aware of his natural frame and the necessity of repentance, both for himself and his countrymen. His prayer is a tremendous example for believers as we contend with our depraved orientation, seeking instead to serve and honor our Savior in all that we are. Daniel prayed:

I prayed to the LORD my God and confessed and said, “Alas, O Lord, the great and awesome God, who keeps His covenant and lovingkindness for those who love Him and keep His commandments, we have sinned, committed iniquity, acted wickedly and rebelled, even turning aside from Your commandments and ordinances. Moreover, we have not listened to Your servants the prophets, who spoke in Your name to our kings, our princes, our fathers and all the people of the land.”

“Righteousness belongs to You, O Lord, but to us open shame, as it is this day–to the men of Judah, the inhabitants of Jerusalem and all Israel, those who are nearby and those who are far away in all the countries to which You have driven them, because of their unfaithful deeds which they have committed against You. Open shame belongs to us, O Lord, to our kings, our princes and our fathers, because we have sinned against You” (Dan 9:4-8).

In spite of Daniel’s godly integrity, he does not separate himself from the sins of Israel before their Holy Creator. Rather he knows that any sin, in any volume, regardless of human acceptability is offensive before God and he pleads with Him as one who is aware of his guilt. He also makes petition for his people, their leaders, and their ancestors.

Followers of Christ must recognize and confess our sins and pray continually for God’s mercy and sanctification. Repentance should be a part of our regenerative DNA; as natural and necessary as air, food, and drink. When we are detached from our sin nature, hardened to the offense of our crimes, we become detached from Christ, deceived, and destructive. Paul wrote:

To the pure, all things are pure; but to those who are defiled and unbelieving, nothing is pure, but both their mind and their conscience are defiled. They profess to know God, but by their deeds they deny Him, being detestable and disobedient and worthless for any good deed (Titus 1:15-16).

Absent the purifying impact of repentance, our thinking, judgment, and discernment (mind) become defiled. Our sense of right and wrong (conscience) turns upside down. Right becomes wrong and wrong becomes right. And with time our profession of faith is weakened and undermined and our lives become incapable of “any good deed.”

Throughout the New Testament, the Gospel is preached more often to members of the Church than it is proclaimed to the unsaved. It is our template of constant examination drawing us repeatedly to Christ as the only remedy we have for sin. Repentance affirms our incapacity and deepens our dependency. It ratifies and strengthens our intimacy with Christ by filtering and removing the impediments of our heart. Repentance brings us closer to His likeness. It is indeed a joyful and worshipful place to be.