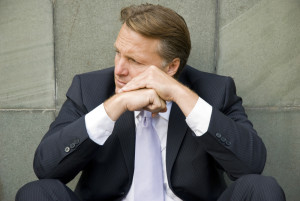 Here King David records a truly remarkable promise of God. Once we are His children we are forever covered in the security of His forgiveness and mercy.

As humans it is hard for us to fathom such a complete separation from sin. But according to God’s Word, once our sins are confessed before the Lord, they are literally forgotten. If our confession and devotion to Jesus is genuine, then eternity with Him is assured and no act or person can ever take us from His presence. Jesus said,

“My sheep hear My voice, and I know them, and they follow Me; and I give eternal life to them, and they will never perish; and no one will snatch them out of My hand” (Jn 10:27-28).

As followers of Christ, we can find great comfort in our Savior’s words. But we must be mindful of the fact that forgiveness, mercy, and salvation are terms dealing with eternity. In other words, our sins and transgressions have been made clean by the blood of Jesus and we now are saved from the condemnation of hell. As Paul wrote:

Therefore there is now no condemnation for those who are in Christ Jesus (Rom 8:1).


But does freedom from condemnation also provide the believer freedom from consequence? Does faith in Christ render one invincible and oblivious to the effect of sin? Does godly conduct really matter once we are under grace? Paul asked and answered the same sort of question,

Clearly the Christian is not excused by grace to go on with his/her previous state of living. Instead we are called to no longer live for ourselves but rather conduct our lives with honor, compelled by the love of the One who saved us (2 Cor 5:14-15). In this state of love and honor we are connected to Christ in a manner that yields conviction and sorrow when we sin; provoking repentance and restoration rather than prolonged, deliberate disobedience. Paul wrote,

For godly sorrow produces repentance leading to salvation, not to be regretted; but the sorrow of the world produces death (2 Cor 7:10, NKJV).


Notice that while godly sorrow is “not to be regretted”, worldly sorrow “produces death.” As Christians our submission to the conviction of the Holy Spirit leads us away from sinful activities, and quickly restores our relationship and protected position with the Lord.

But when we, as believers, harden our hearts, continuing in repetitive, willful sin, the discipline of our Heavenly Father will be swift and just. In fact, Scripture tells us that God’s corrective intervention in our lives provides evidence that we are His “true sons.” The writer of Hebrews encourages the believer:

It is for discipline that you endure; God deals with you as with sons; for what son is there whom his father does not discipline? But if you are without discipline, of which all have become partakers, then you are illegitimate children and not sons. Furthermore, we had earthly fathers to discipline us, and we respected them; shall we not much rather be subject to the Father of spirits, and live? For they disciplined us for a short time as seemed best to them, but He disciplines us for our good, so that we may share His holiness (Heb 12:7-10).

As with our earthly fathers, structure and boundaries are necessary as foundations of proper instruction. Without guidelines and limits we could never learn to function effectively in our families or in the world. It is no different with God. Here we are told that He “disciplines us for our good, so that we may share in His holiness.”

God’s response provokes restoration not rejection. His action is designed to shape and call us into His order so that we might share in His blessings. Because we are His children, He will not stand idle and allow us to dishonor our Creator, our heritage or ourselves. Sin carries a natural consequence that, while painful, grows and benefits us immeasurably. Continuing in the same chapter of Hebrews the Word says,

All discipline for the moment seems not to be joyful, but sorrowful; yet to those who have been trained by it, afterwards it yields the peaceful fruit of righteousness (v 11).

The Apostle Peter is a perfect example of consequence that produced the “peaceful fruit of righteousness.” After believing in Christ as the Messiah, and after promising he would “go both to prison and to death” (Lk 22:33) on His behalf, Peter turned his back on his Savior. When confronted, Peter denied knowledge and association with Jesus three times, even as they carried the Lord away to be mocked, beaten, humiliated, and crucified (Lk 22:54-63). At this point, Peter’s life seemed hopelessly lost; in fact Scripture tells us that Peter wept bitterly (Matt 26:75).

Peter’s failure and shame were great. He had forsaken the Lord to whom he had professed total allegiance. But there is a short passage of Scripture that highlights the permanence of God’s love and the assurance of His salvation, even in the face of one’s total collapse. It occurs when the women (Mary Magdalene, Mary mother of James, and Salome) found the tomb empty. They were met by an angel who delivered the following message from Jesus,

Don’t overlook the significance of this message: “…go, tell His disciples and Peter…” Jesus, in His message, deliberately includes Peter by name. Jesus knew that Peter truly believed; He knew his strengths and weaknesses; and He knew the suffering of Peter’s heart in the wake of his denial of the Christ. Yet this tiny inclusive instruction to join Him in Galilee brings confirmation of Peter’s security, just as it proves the security of all true followers of Jesus.

One can only imagine the suffering Peter endured over the course of those three days before those fateful words were spoken. The doubt he must have felt, the shame of his failure, and the sense of embarrassment before his peers, would be unspeakable. All of the bragging and empty promises had ended with the death of his Lord while Peter stood by and did nothing. Yet while the consequence was great, the condemnation was absent. Jesus called Peter to return to Him at Galilee with all the others.

Christ went on to use Peter’s fall to shape and complete his preparation for leadership. Jesus later installed Peter as one of the apostolic leaders of the early Church, challenging his love, demanding his service, and calling him to martyrdom (Jn 21:15-25).

While sin is part of our human existence, it is not without cost and effect. But as Christians, the discipline we receive is the validation of our permanent place, our eternal position with the Lord. The discomfort we experience awakens us to the gift of His provision rather than the wrath of His judgment.

From our fall we are sculpted; from our guilt we are restored; and ever so surely the character of Christ is built and shaped within us. Bruised but not burdened; chastened but not cast out; forlorn but not forsaken; growing always in the Spirit of the Lord.

This article first appeared in the Christian Magazine, Infuse, Fall 2005.