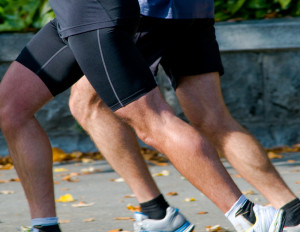 Through the years I have taken note of my fluid and changing definition of success. When I was a young child, pleasing others seemed to be my goal, and I especially wanted my parent’s approval for the things I did. Their evaluation was the only measuring stick I had. If they were happy with me, then I was a success.

By middle school I had discovered music and sports along with the recognition of others for accomplishments in each.  The spirit of competition emerged and I quickly moved toward an orientation of “winning and losing” as I approached activates in my life. My parent’s approval was still important, but I now viewed it as much more “conditional” in its nature. My father seemed more excited when I won “first chair” status in the trumpet section or when I made the starting lineup on the football team.  Success, I determined, was much sweeter in the winner’s circle.

High school brought the acute awareness of friends, females, and fun. By this time, my parent’s approval was the antithesis of success. If they liked it, there must be something wrong with it. I wanted popularity, recognition, fellowship, and good times. If I was connected and included in “the group,” this was my greatest achievement. I still loved completion and wanted to win, but not at the cost of my inner circle.

After winning an athletic scholarship to college I now focused on the next level of accomplishment. By this time my identity was that of a “jock.”  I loved being on the team, standing out, and being something special. I was known by the number on my jersey and my accomplishments on the field. I guess that identity would have sustained me longer if only I hadn’t been such a “flop” at the collegiate level. In college the winner’s circle is pretty small and needless to say, I was well beyond the outer rim.

Since I had built my entire reputation as #75, there had to be a reorientation. “Winning,” to coin a phrase, “isn’t everything.” I swallowed hard, looked around, and decided I needed to re-invent myself. I surmised that if I wasn’t going to be an All-American, I’d better be smart and make a lot of money. So an “A” student I became, graduate school I pursued, a doctorate I received, and a private practice I built.

I was educated; I owned my own business; I had a beautiful wife; a baby daughter; a house on the bay; and even had my old football stories to tell. It’s amazing how much greater you were, the longer you are away from the game! I was the unhappiest “winner” you could have ever met.

So I decided I needed to work harder; build more business; hire associates and dominate the market. I worked 50, 60, 70 hours a week. But the harder I pressed, the greater my desperation and pain. I had spent the past 35 years of my life chasing the world and alas, the world had won. My proclaimed victory had in fact become my greatest defeat. My call to reality came from a question Jesus asked:

“For what will it profit a man if he gains the whole world and forfeits his soul? Or what will a man give in exchange for his soul?” (Matt 16:26)


I had surrendered to Christ as my Savior when I was 17 years of age. I knew the truth for years but failed to apply it to my life. When I was grasping for answers in college, I came to a critical point. I felt God call me into the ministry and knew in my heart that I should transfer to a Christian university that had recruited me. But instead of yielding to my identity as a “new creation” I sought out the wisdom of the world; I embraced its definition of success; and I proceeded to run from God for over 15 years.

Imagine what God could do with my athletic drive and desire to win. The Apostle Paul wrote with an understanding of competition and victory:

Do you not know that those who run in a race all run, but only one receives the prize? Run in such a way that you may win (1 Cor 9:24).

The key here is the prize one seeks to obtain. While I was chasing after earthly reward and recognition, neither of which will endure, Paul encourages the believer to pursue an everlasting outcome for his labor by answering God’s call:

I press on toward the goal for the prize of the upward call of God in Christ Jesus (Phil 3:14).

Imagine what God could do with my academic prowess and drive for education. Paul counseled his student Timothy to prepare himself for the work of the Lord:

Be diligent to present yourself approved to God as a workman who does not need to be ashamed, accurately handling the word of truth (2 Tim 2:15).

Approved means “accepted and pleasing” to God. He is pleased when we devote ourselves to the “word of truth”, understanding it fully, and applying it correctly. When I directed my life toward the world and away from God, I resisted the course of learning He had prescribed and embraced the counsel of man. Solomon wrote:

A wise man will hear and increase in learning,
And a man of understanding will acquire wise counsel (Prov 1:5).

Imagine what God could do with my work ethic, my energy, and my willingness to toil for long hours. Until my rededication to Christ, all of my hard work had been in service of the self and in pursuit of the world’s approval. If only I had acted with the same zeal for God’s favor.

Whatever you do, do your work heartily, as for the Lord rather than for men, knowing that from the Lord you will receive the reward of the inheritance. It is the Lord Christ whom you serve (Col 3:23-24).

When I realized that my citizenship, my inheritance, and my rewards lie in Heaven, my sense of responsibility shifted from the immediate to the eternal. Building “treasure in Heaven” comes only through the submission of the self, to the call of the Father. It is a call that is answered out of love and surrender to the work He has defined for each of us.

For the love of Christ controls us, having concluded this, that one died for all, therefore all died; and He died for all, so that they who live might no longer live for themselves, but for Him who died and rose again on their behalf (2 Cor 5:14-15).

Imagine what God could do with a submitted sinner like me…

This article first appeared in the Christian magazine, Infuse, Spring 2005.