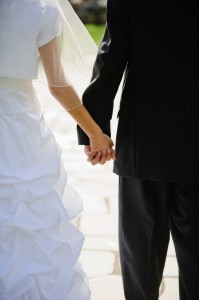 What does the Bible say about the wife’s role in the marriage and home?

God’s Word tells us that the wife is indeed unique, created in a manner unlike any other creature.  Do you realize that God spoke the world and all its creatures into existence?  He made man from the dust of the earth brought to life by His very breath.  But, God created woman from the rib of man.  God didn’t do this because he needed a spare part!   We see this as the ultimate expression of intimacy between a man and woman, and it reflects the Creator’s plan for oneness in the marital bond (Gen 2:1-25).

God could have created woman through any means, but He chose this rendering of life so that man and woman were forever to be “one flesh” (Gen 2:24).  This reality does away with the idea that husbands and wives are to be independent of one another.  Instead we are to relate in an interdependent way.  Each is different, yet each bears gifts and strengths central to the union.  Remove the idea from your mind that dependency is bad.  God requires our dependency on Him and has joined husband and wife in just such a manner.  Early in Genesis, God describes the primary role of woman:

Now we know why wives try to help their husbands so much; they are simply being biblical!  In our world, the idea of being someone’s “helper” is often viewed as an inferior position. But according to Scripture, the Christian life is all about service.  The Bible gives us numerous examples to reference wherein Jesus served, gave, and yielded.  His greatest strength was found in His love to those He tended (Matt 20:28).  Since we are instructed to do the same, why should service and support be defined as a lesser calling (Gal 5:13; John 14:12)?

We have found in our clinical work that most women secretively long for this position.  They desire a place from which they can support and care for their mate, rather than lead out and drive the tempo of the home.  Contemporary thinkers will disagree and argue that this conclusion injures or lessens a woman’s value.  But our value is found in our God-given gifts and calling.  When we are in the position God ordained, we are happier and more successful.

So we ask; are you fulfilling your biblical role as “helper comparable to him?”  Look into your heart and examine how you encourage, support, and follow your husband.  Or do you instead criticize, undermine, and drag him kicking and screaming along your chosen path?  Don’t underestimate the freedom of being in the right place with the right abilities.

Second, wives are encouraged to acknowledge God’s spiritual order.  As Paul taught the Church at Ephesus:

We know, we know, you hate hearing that one!  But if we take God’s Word literally, and we do, there is no other way but to seek God’s plan on this issue.  God’s order is hierarchical.  Each of us, male and female, is called to humility and submission.  We are called to submit to God (Jas 4:7), to earthly authority and leaders (1 Pet 2:13), to our elders (1 Pet 5:5), to our parents (Deut 5:16), and to the death of the flesh (Rom 8:13). The process of Christian growth is all about the reduction of the self and the yielding to God’s objective.

God is saying in His Word that He has equipped the man with the raw material for leadership.  But even military greats do not enter the service as five-star generals. Likewise, Christian husbands don’t become the Apostle Paul within the first month of marriage.  Men must learn to lead; women must learn to honor, respect, and encourage their development.

Submission does not mean passivity. Helpers are gifted, intelligent, and assertive individuals who, out of love, speak truth to the leader they support.  What good is a corporate advisor, a political analyst, a coach, or a confidant who is unwilling to speak her mind?  Women, your family needs your activity, insight, feedback, and strength.

But in the end, it is the man who is accountable and must make the final call.  He will answer to God for himself and for everyone under his care, including his wife.  Look into the Garden of Eden for an example.  There the woman was left unprotected; falling victim to the devil’s deception, she ate of the fruit and opened the door to sin.  The man, following her leadership, later ate of the fruit as well, completing the downfall of paradise (Gen 3:1-7).  But when God came to the Garden after the commission of sin, whom did He seek?

God came looking for the man, the one He had given “dominion.”  Yet when Adam answered God, he was already weakened by the subjugation of his authority.  When God asked Adam if he had eaten from the forbidden tree, he stood up like a “real man,” pointed his finger and said:

Blame, shame, and division entered the marital covenant.  If only Adam had been on the point position examining the territory, he would have alerted his wife to the danger of the serpent.  He would have reminded her of God’s instructions.  He would have stepped in between his wife and the threat.  He would have wrapped that snake around a tree!  And when God called, Adam could have given a good report.

If only Eve had told Adam that the serpent was tempting her and that she needed Adam’s help. She could have brought into remembrance God’s instruction taught to her by a loving leader.  She could have offered counsel on dealing with the threat.  If only they had operated as a team, under God’s order, they could have conquered sin.  If only…

Sometimes there is not a second opportunity to handle a bad situation.  Men and women must be on alert and ready to move to their God-defined positions in the battle.  Choices in the moment often lead to consequences that are permanent.

Third, God addresses the “inward” qualities of a godly woman:

Do not let your adornment be merely outward–arranging the hair, wearing gold, or putting on fine apparel–rather let it be the hidden person of the heart, with the incorruptible beauty of a gentle and quiet spirit, which is very precious in the sight of God. (1 Peter 3:3-4)

Men do appreciate external beauty, but God reminds us that it is our heart that matters most.  Part of the wonder of a long-term relationship lies in the joining of the spirit between two saints.  Physical beauty and all of its accessories will fade, but the heart will define us in the end.

God encourages the wife to develop a gentle and quiet spirit that He calls “precious.”  So often today, women feel the pressure of our sexualized society.  The need for physical perfection, fitness, and youth has driven mass numbers of women into plastic surgery, eating disorders, and chronic dieting.  The ever-present stress to maintain the “flesh” often leads women to ignore the spirit.

In God’s order, the development of the heart will yield the greatest fruit.  He isn’t saying that you should “let yourself go” physically, but that flesh goes the way of all flesh.  Only the life of the spirit endures.

It is hard to trust that the “visually oriented” man can come to adopt this view, but he can.  Imagine seeing our spouses in the spiritual, as God sees us.  What greater beauty or excitement could there be?

Finally, God defines the value of a virtuous wife:

Who can find a virtuous wife?

For her worth is far above rubies.

The heart of her husband safely trusts her;

So he will have no lack of gain.

Other words for virtuous include honorable, righteous, and honest.  This is perhaps the centerpiece of the wife’s call.  In many ways, this scripture defines the wife as the ground wire for the husband.  The man must know that his home is under the care and management of a helper that is totally trustworthy, “so that he will have no lack of gain.”  The wife removes the worry from his shoulders and frees him to earn a living, defend the home, and safely carry out the demands of his very challenging life.

She is his friend, his confidante, upon whom his heart can lean.  Knowing that the wife does “good and not evil” encourages and gives life to the man.  She is positive and uplifting in all she does.

Men grow up in athletics and other competitive situations.  They appreciate the loyalty and cheers of fans and supporters that spur them on.  Win or lose, a true supporter is always the same, always behind the team. Women are called to this place of encouragement.

Strength and honor are her clothing; She shall rejoice in time to come. She opens her mouth with wisdom, and on her tongue is the law of kindness. She watches over the ways of her household, and does not eat the bread of idleness. Her children rise up and call her blessed; Her husband also, and he praises her: “Many daughters have done well, but you excel them all.” Charm is deceitful and beauty is passing, but a woman who fears the Lord, she shall be praised. Give her of the fruit of her hands, and let her own works praise her in the gates. (Prov 31:25-31)

If anyone tries to tell you that a godly, submitted woman is weak, devalued, abused, or suppressed, give him or her Proverbs chapter 31 to read.  The woman described here is one of strength, honor, and wisdom. She has beauty, character, industry, and love. She is valued and praised for her devotion to her home and her fear and reverence for the Lord.

Respect for God’s Word yields patience.  Trusting and obeying His commands may bear fruit you cannot see for some time.  God is not always an advocate of “immediate gratification,” but time and again we see Him bless the obedience of His children.  And obedience is something we do out of love, not reward.  Hold the course and see what God can do.