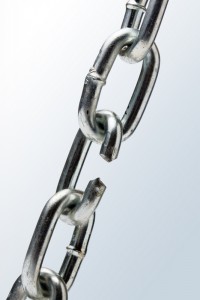 The Question of Addiction

There is a great movement underway to define pornography use as an addiction or dependency. Within this effort, there is even a call to define this particular issue a disease. As a Biblicist I would expect nothing less from humanistic, secular psychology, which has long been an advocate for excusing unhealthy conduct under the guise of illness. But to my surprise, it is not the psychologists who are to blame this time.

In fact, in the most recent Diagnostic and Statistical Manual of Mental Disorder (5th Edition), pornography addiction was rejected as a mental disorder. In other words, the mental health profession does not acknowledge pornography as an addiction or illness (Cassidy, 2013).

When one considers the mindset of secular psychology, this point is understandable. In psychology normal is what most of the people do most of the time. Therefore, if most people use pornography, and most experience no consequence or distress in doing so, then the practice is not dysfunctional. Psychology considers pornography a problem only if there is a secondary or related effect like depression, anxiety, etc.

Yet when one conducts an Internet search, the term pornography addiction is proclaimed a medical fact by significant and influential leaders who ignore even scholarly research to advance their agenda. Regrettably the most outspoken proponents of this addiction model belong to the Church of the Lord Jesus Christ. Many of our leaders have decided it is more compassionate to label Christians addicted and ill rather than sinful.

One such leader is Pastor Craig Gross, founder of XXXChurch.com. Their website states: “Pornography addiction is threatening lives, families, and children. Addiction is not a simple thing—many spiritual, psychological and biological factors play into a person’s sexual dependence” (www.xxxchurch.com). What are the “many factors” that define pornography addiction, and where is the evidence of such influence?

Dr. Ed Stetzer, pastor and writer, has become a vocal advocate for the Church to recognize the medical reality of pornography addition along with various forms of mental illness. Dr. Stetzer is known to quote secular studies as often as Scripture, and relies heavily upon the conclusions of pseudoscience in the shaping of his opinions. On his blog site Stetzer offers evidence of the addictive quality of pornography by citing a single article from the Family Research Council (2013).

According to the article, “Pornography is addictive, and neuroscientists are beginning to map the biological substrate of this addiction” (Fagan, 2013). Please do not overlook the language of this claim. Think back to your elementary training in research methodology.

Realize the claim, “Pornography is addictive”, is a hypothesis; a research question posed by the author of the article (Fagan, 2013). The mapping of “the biological substrate” is the methodology that is “beginning to be applied” to the research hypothesis. In plain words, scientists are “beginning” to measure/map these “biological substrates” hoping to prove the hypothesis. But beginning to map simply means the hypothesis is under review. It is being examined. There is yet no evidence to prove the theory.

But this speculation gets lost in the assertive claim that the hypothesis is true and then convoluted further with neurobiological terminology (biological substrate) that the average reader does not understand. In truth, the biological mapping of substrates in the brain is a developing application at best and so far has only led to increased speculation and theories about how the brain operates. None of what the author claims as truth is proven, to any level of scientific certainty.

Perhaps this is why even the American Psychiatric Association has rejected the term pornography addiction in its diagnostic manual, as stated previously. And it should be noted that the APA does not require a very high standard of certainty before adopting and naming a new psychiatric malady (APA, 2013).

But leaders like Dr. Stetzer and Pastor Gross need no additional evidence. They are comfortable putting this theory before the Body of Christ as fact-based science, to the potential injury of believers everywhere. They unwittingly offer excuse and relief by claiming biological and addictive properties that are without merit.

There justification lies in a supposed desire to reduce the suffering caused by pornography. Stetzer’s article rightly cites that pornography damages marriages, destroys intimacy, and promotes a desensitized sexual response that soon requires greater and more perverse images for stimulation (2013). However, Dr. Stetzer, never addresses the offense of sexual immorality before a Holy God!

And while the Church should always minister to marriage and family problems, our primary calling is spiritual and eternal. What will we accomplish if we contain conduct while leaving the heart and character of a man unchanged? What will be gained through the management of life, if eternity is ultimately lost?

The sad reality is this: the Church is embracing and advancing counter-biblical, unscientific, and humanistic explanations for problems like these. This process of exchanging biblical truth and terminology for secular psychology and pseudoscientific language is quickly changing the way believers and church bodies deal with sin. Left unfettered, this orientation will infect the hearts and minds of believers and weaken the Christian ministries built for the care and edification of Christ’s followers. This emphasis basically supports the denial of sin. John warned:

The addiction model requires the acceptance of illness, not choice, as the origin of excess and abuse. This method has been applied for decades to the issue of substance abuse and now has been expanded to almost any dysfunctional and sinful activity including gluttony (Overeaters Anonymous), sexual immorality (Sex addicts Anonymous), relationships (Codependents Anonymous, Alanon), and negative feelings (Emotions Anonymous).

Reliance upon groups and twelve-step programs is to admit helplessness in response to sin and to rely (forever) upon a system of management and behavioral abstinence in order to function. In fact the first step of AA requires one to admit he/she is “powerless.” In the addiction system, functional maintenance is the best one can hope for, because the “illness” is without cure. What a tragic and desperate approach to sin! The offer of relief and excuse in place of transformation is heresy.

When did Jesus ever heal the “illness” of sexual immorality? Rather, He called for repentance and turning from sin. He told the woman caught in adultery, “From now on sin no more” (Jn 8:11). Regarding lust of the heart, the Lord said: “… but I say to you that everyone who looks at a woman with lust for her has already committed adultery with her in his heart” (Matt 5:28).

The heart is always the problem. Behavior can never be managed or controlled as long as the heart is held captive. External stimulants (like pornography) only reveal what already exists in the heart of man. Jesus said:

“That which proceeds out of the man, that is what defiles the man. For from within, out of the heart of men, proceed the evil thoughts, fornications, thefts, murders, adulteries, deeds of coveting and wickedness, as well as deceit, sensuality, envy, slander, pride and foolishness. All these evil things proceed from within and defile the man” (Mk 7:20-23).

What the experts refer to as addiction, the Bible calls slavery. Paul wrote:

It was for freedom that Christ set us free; therefore keep standing firm and do not be subject again to a yoke of slavery (Gal 5:1).

Notice in Paul’s admonition that our return to slavery is voluntary, not compulsory. In fact Paul asks the following question of believers who have tasted the goodness of Christ:

But now that you have come to know God, or rather to be known by God, how is it that you turn back again to the weak and worthless elemental things, to which you desire to be enslaved all over again? (Gal 4:9).

The Church is becoming increasingly uncomfortable with the terms and truth of Scripture. Discussion of sin and rebellion is considered harsh and unloving. But compassion that withholds truth is misleading, toxic, and potentially fatal (Jas 1:15).

Christians must be vigilant and discerning or we will forfeit freedom for incarceration. We especially must examine the teachings of leaders, even those within the church, who introduce heretical themes that become our undoing. Paul wrote:

You were running well; who hindered you from obeying the truth? This persuasion did not come from Him who calls you. A little leaven leavens the whole lump of dough. I have confidence in you in the Lord that you will adopt no other view; but the one who is disturbing you will bear his judgment, whoever he is (Gal 5:7-10).

Friends let no one disturb you with lies that seem palatable at first, but soon entrap and control your life. Adopt a biblical view of pornography and freedom, and reject behavioral management and control. Remember, if sin is the problem, there is no human remedy; the only remedy for sin is Jesus Christ.

Fagan, P., “The Effects of Pornography on Individuals, Marriage, Family, and Community”, The Family Research Council, 2013.

Murasko, A., “’Thanks for Sharing’ May Be Eye Opener to Serious Nature of Sex Addiction, Says XXXchurch.com Pastor, The Christian Post, 2013, http://www.christianpost.com/news/thanks-for-sharing-may-be-eye-opener-to-serious-nature-of-sex-addiction-says-xxx-church-com-pastor-104882/

2 thoughts on “Pornography: Addicted or Enslaved?”