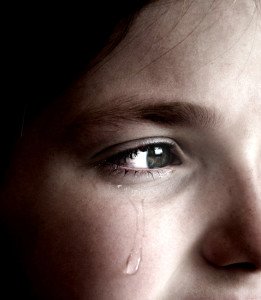 During a time of great distress and persecution, the apostle Peter wrote to the church: “Be of sober spirit, be on the alert. Your adversary, the devil, prowls around like a roaring lion, seeking someone to devour” (1 Pet 5:8). These words are well known to Christians but few understand the gravity of the threat. Most have not experienced the focused attack of the enemy, set on destruction and death.

But Peter is stern in his warning, knowing that a faithful walk with Christ and devoted service to the Kingdom, will most certainly arouse the devil’s appetite. Therefore believers are called to be “sober” in spirit; calm, temperate, and circumspect. Like soldiers in battle we must be “alert” and clear minded; always in a state of preparedness, knowing that the “adversary” is intent on our destruction.

Many Christians wrongly assume that obedience and service lead only to earthly blessings. But in truth, our reward is eternal and glorious, not bound by the constraints of this world (Rom 8:18). Jesus was clear that while in this world, His followers would be subject to the same persecution He endured:


Although it may be difficult for our minds to grasp, suffering under spiritual assault is to be an expected part of the Christian life. Suffering is providential and purposeful and ultimately reveals God’s sovereign goodness. Everything God does is, in the end, an expression of His holiness. As a result Peter not only warns Christians of the trials ahead, but also provides a glimpse of His heavenly objective. Peter continues:

But resist him, firm in your faith, knowing that the same experiences of suffering are being accomplished by your brethren who are in the world (1 Pet 5:9).

Peter is specific in his instruction; when spiritual attack comes, believers are to fight! “Resist” is a military term meaning to withstand, oppose, and set one’s self against the opposition. The Christian is called to action and not passivity. To be firm “firm” is to hold ground and not surrender; immovable, solid, and steadfast.

Paul also called believers to this glorious destiny while demonstrating a pattern for them to emulate:

For to you it has been granted for Christ’s sake, not only to believe in Him, but also to suffer for His sake, experiencing the same conflict which you saw in me, and now hear to be in me (Phil 1:29-30).

The apostle who wrote, “Be imitators of me, just as I also am of Christ” (1 Cor 11:1) is establishing the pace and pattern of Christian discipleship. Paul is not only teaching the necessity of affliction but he is illustrating it through the process of his life. But Paul doesn’t simply persevere; he celebrates the outcome of any hardship and the advancement of God’s purposes. Speaking of his suffering in chains, Paul wrote:

Now I want you to know, brethren, that my circumstances have turned out for the greater progress of the gospel, so that my imprisonment in the cause of Christ has become well known throughout the whole praetorian guard and to everyone else, and that most of the brethren, trusting in the Lord because of my imprisonment, have far more courage to speak the word of God without fear (Phil 1:12-14).

As Paul suffered, the gospel spread. As Paul endured, the church was emboldened. Whenever Christians suffer for the call of Christ (1 Pet 2:19-20), the preeminence of God overcomes evil and His power is made evident throughout the world. What seems to be a very personal and lonely tribulation may be, in reality, a colorful thread in God’s tapestry of salvation. Through individual hardship, God is glorified, the Body is strengthened, and the believer is bolstered with godly character. This is the final point of Peter’s exposition:

After you have suffered for a little while, the God of all grace, who called you to His eternal glory in Christ, will Himself perfect, confirm, strengthen and establish you (1 Pet 5:10).

While the believer’s suffering has eternal impact within the Body and advances the good news of Jesus Christ; his/her pain and endurance also brings personal sanctification and maturity. Through God’s providential process the Christian is perfected, strengthened, and established.

The complexity of God is astounding as He simultaneously addresses the universal needs of the masses while tending to the needs of an individual, with equal intensity and precision. Even while our Father is reaching out to a lost world, He is reaching within our individual hearts, transforming and shaping us into His likeness. This glorious reality perhaps prompted James to write:

Consider it all joy, my brethren, when you encounter various trials, knowing that the testing of your faith produces endurance. And let endurance have its perfect result, so that you may be perfect and complete, lacking in nothing (Jas 1:1-4).

Believers must pursue a biblical understanding of suffering and its place within the Christian life. Spiritual attack will come into the lives of faithful, committed Christians. Through hardship and trial, God will expand the gospel, grow the Body, and purify the individual. We must examine ourselves constantly, rooting out sin and unbelief. We must live within a repentant climate that acknowledges iniquity and pursues righteousness. But when it is our time to embrace suffering, may we be found thankful, prepared, and submitted, to the glory of our Savior. Paul wrote:

And not only this, but we also exult in our tribulations, knowing that tribulation brings about perseverance; and perseverance, proven character; and proven character, hope; and hope does not disappoint, because the love of God has been poured out within our hearts through the Holy Spirit who was given to us (Rom 5:3-5).

2 thoughts on “Seeking Someone To Devour…”