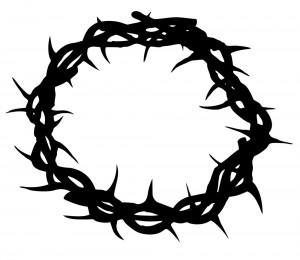 Over the past three decades, the Church has largely forsaken its mandate to counsel and restore its people. Rather than a function of ministry, counseling is more commonly viewed as a professional endeavor, requiring psychological training, offered outside the Church, through a community provider. With the development of this orientation, the Body of Christ has come to adopt a secular worldview regarding behavior, emotion, and relationships. Further, we have come to apply the world’s solutions to issues that require kingdom empowerment.

In Scripture, the world is never defined as a reliable source of wisdom, nor does it offer patterns worthy of emulation. Paul wrote:

Here the Word draws a contrast between God and man that is without debate. All wisdom and debate is a product of Heaven and does not exist in the world. God, in His sovereignty, has rendered the speculations of man “foolish” so that there is no striving or contention with Himself. God’s people are subject to an absolute truth that can only be revealed from above. As Paul continues:

In short, man left to his own conclusions and judgments cannot know or execute the will and knowledge of God. Left to our own devices, we will discern wrongly, producing costly conclusions indeed. God’s wisdom is not only perfect, it is hidden from the world; predestined at the foundation of time; and is eternal and glorious. It exceeds the human capacity and can only be held as a mystery, expressed through obedience rather than complete understanding.

“For to us God revealed them through the Spirit; for the Spirit searches all things, even the depths of God. For who among men knows the thoughts of a man except the spirit of the man which is in him? Even so the thoughts of God no one knows except the Spirit of God. Now we have received, not the spirit of the world, but the Spirit who is from God, so that we may know the things freely given to us by God, which things we also speak, not in words taught by human wisdom, but in those taught by the Spirit, combining spiritual thoughts with spiritual words.”  (1Cor 2:10-13 )

Only the Spirit of God can convey an understanding of who God is, and what God desires. Those who have received the Spirit of God (Born-again believers), are the only ones who can accept the “things freely given to us by God.” From what we have been given, we are able to speak as spiritual people, offering truth and remedy that is of God. Without the Spirit of God, one is incapable of knowing or conveying such matters.

Thus, the primary capacities to counsel biblically, comes through our knowledge, relationship, submission, and obedience to the Spirit of God who will lead us to eternal truth. That truth is the truth of Scripture, revealed, taught, and interpreted through the Spirit.  Jesus said, concerning the Spirit:

“But when He, the Spirit of truth, comes, He will guide you into all the truth; for He will not speak on His own initiative, but whatever He hears, He will speak; and He will disclose to you what is to come.”  (John 16:13 )

As vessels of change, it is critical we are guided to the source of “all truth.” It is comforting to know there is an absolute truth that can be trusted rather than a relative, unstable opinion that fails to provide order and structure for our lives. Jesus is clear, that to the believer, this fullness of truth is disclosed.

Again, the truth is in His Word. Through the Word, the counselor and counselee are sanctified—set apart, prepared, cleansed, and edified in the full knowledge of God.

“For He whom God has sent speaks the words of God; for He gives the Spirit without measure.”  (Jn 3:34)

To speak the Word of God, the messenger must be sent by God. There is an endorsement and empowerment that the spiritual man or woman brings to the counseling assignment that the world cannot receive. We have these Words because the Spirit is given “without measure.” There is no end to the wealth and bounty of God’s wisdom that can uniquely discern and address all the complexities of life and eternity.

For these reasons, the power and authority of the Kingdom cannot be fulfilled through the secular psychological office downtown. Instead the setting is the Body of Christ, indwelled with God’s Spirit, trained in Scripture, and sensitive to the leading and revelation of God that is endowed with ministry of counseling, discipleship, and reconciliation.

Only the Church has been given this ministerial position. Examine this well known exchange between Jesus and His disciples in Matthew 16:

“Now when Jesus came into the district of Caesarea Philippi, He was asking His disciples, “Who do people say that the Son of Man is?” And they said, “Some say John the Baptist; and others, Elijah; but still others, Jeremiah, or one of the prophets.” (Matt 16: 13-14)

Notice the wording of this inquiry: “Who do people say that the Son of Man is?” In referencing people, the Lord speaks of the world. He draws a distinction between the world’s people and those who are His followers.

Again the wording is critical: “But who do you say that I am?” Here the Lord is addressing those who know Him; those who profess to love Him; and those who have a relationship with Him that should convey truth unknown to the rest of the world. Peter answers with a revelation that only could be revealed by God.

And Jesus said to him, “Blessed are you, Simon Barjona, because flesh and blood did not reveal this to you, but My Father who is in heaven. (Matt 16: 17)

…“flesh and blood did not reveal this to you…” Man’s wisdom could not account for the mysteries of God, nor could it articulate its truth. Matters of such eternal significance are beyond the breadth and scope of the human mind. Only “My Father…” could reveal this truth. Again we are taken to the reality that human counsel pales in contrast to the supernatural revelation of God’s truth and the working of the Spirit.

Because this truth and revelation was evident in Peter, Jesus then founded His Church as the source of kingdom power and authority on earth. This authority was given only to a Body of believers to exercise truth as it is exercised in heaven.

The Church is built and infused with the pattern and authority of the kingdom. The “gates of Hades will not overpower it.” Distortion, dishonesty, deception, destruction, and death cannot prevail. Sin, which is the evil one’s domain, will be “bound.” Transformation and liberty (the domain of heaven), will be “loosed.” Given this precise depiction of kingdom strength, how can true spiritual work be done any other way, in any other setting? Paul wrote:

“Brethren, even if anyone is caught in any trespass, you who are spiritual, restore such a one in a spirit of gentleness; each one looking to yourself, so that you too will not be tempted. Bear one another’s burdens, and thereby fulfill the law of Christ.”  (Gal 6:1-2)

It is the Body’s scriptural mandate to restore the fallen and evangelize the lost. It is a mandate given to “you who are spiritual.” With this incredibly high calling, entrusted with the keys of the kingdom, the Church must never surrender our work to the world.

1 thought on “Spiritual or Secular”