The American Psychiatric Association (APA) has once again provided explanation and relief for the ailing psyche. In the newest edition of the Diagnostic and Statistical Manual of Mental Disorders (Volume V) the APA has introduced a new psychiatric diagnosis sure to bring justification and absolution to everyone who feels he/she has been unfairly wronged: Post-traumatic Embitterment Disorder (PTED).

German Psychiatrist Michael Linden, describes PTED as “an emotion encompassing persistent feelings of being let down, insulted, or being a loser, and of being revengeful but helpless” (Quoted in Sensky, 2010). This embitterment is said to arise from “a single exceptional negative life event” (Sensky, 2010).

Please understand Linden is not speaking of veterans of war, abuse victims, or individuals who were severely injured in industrial or auto accidents. No one could debate such matters as traumatic and having impact in a person’s life.

But instead Linden is writing about the unexpected disappointments of life; situations perceived as unfair, unjust, and personally offensive. In other words, the “negative life event” would not universally be considered traumatic…but if the event is perceived as traumatic, the impact is considered the same.

Therefore reality is determined by the emotion and experience of the embittered person. In this determination comes reason and justification to continue in unresolved emotion that corrupts the heart and eventually one’s perspective of life and relationships.

The Bible warns that bitterness, wrath, malice, and unforgiveness are problematic conditions. These matters are much more than emotional states. Given enough time and meditation, they come to defile and distort one’s discernment, conduct, relationships, and conscience. More importantly, they create division from Christ and leave the sufferer with no resource for resolution.

Anger has become so commonplace in our world that we have fallen prey to the idea that it is a normal, even useful, condition. We have slowly shaped its definition into something more palatable and acceptable, while ignoring its seductive and controlling capacities. Regrettably, like many other elements of the world, anger is considered a reasonable and ordinary human reaction within the Body of Christ. But how has something so physically and relationally toxic, been weaved into our daily standard?

The psychological notions of health and normalcy have hypnotized Christians. Many issues that were previously addressed within a biblical context now are infused with humanism based upon the experience and report of the world and its authorities. Regarding anger, many Christians have come to believe that: 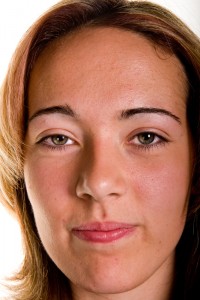 In a recent seminar entitled, “The Dangers of Relying on Our Emotions,” two questions were posed to the group before the instruction began: “What was the emotion you experienced most strongly today” and “What emotion do you struggle with the most on a day-to-day basis?” Take into consideration the group was comprised of committed Christians, church leaders and staff, and most were either graduates or students within a biblical counseling program.

The result of this inquiry was interesting indeed, if not startling. Answers were submitted anonymously and totaled by the instructor. Out of the 31 responses, only eight conveyed a positive emotion as the dominant feeling of the day. Most reported included joy, peace, thankfulness, and happiness.

The 23 remaining answers were surprisingly negative. Frustration, anger, anxiety, fear, stress, shame, and regret were the dominant themes.  How, we asked, could the Body of Christ, be so miserable? How in the presence and provision of our Lord and Savior could these feelings become the central experiences of a routine day of living?

“It was for freedom that Christ set us free; therefore keep standing firm and do not be subject again to a yoke of slavery” (Gal 5:1).