Biblical Counseling with Couples and Families trains the counselor to intervene with relationship problems present in pre-marital, marital, and other family relationships. A system of pre-marital counseling is taught along with techniques for addressing mild to severe marital conflict. Critical issues such as marital preparedness, Biblical structure for marriage, communication, and intimacy are explored along … Read More

On Saturday April 18, 2020, BCI will offer Introduction to Biblical Counseling through a live Internet Simulcast available Internationally. The seminar will offer the same training as we teach in local conferences…And since the seminar is precast live, students may participate in real time with questions, comments, and participation in case studies and small group interaction. When … Read More

Beginning Wednesday evening April 15th at 6:30 pm, Faith Family Fellowship in partnership with BCI will offer a series entitled, “Ask the Biblical Counselor” with Dr. Ab Abercrombie. Ab has been a biblical counselor for over 30 years and will accept questions pertaining to all areas of Christian and family life. After April 15th, the … Read More

I have the great privilege of returning to the Word from the Barn Fellowship in Suamico (Green Bay), Wisconsin on Sunday May 19, 2019. I will be preaching at both the morning (10:00 am) and evening (6:00 pm) services. The topic of the teaching is: The Sufficiency of Scripture in the Christian Life. My new book: Why … Read More

Biblical Counseling with Children and Adolescents offers focused, specialized training for helping children and teens between the ages of six (6) and eighteen (18). The student is given specialized training on matters of childhood development and the unique challenges that come with this population. Much emphasis is given to the process of helping parents in … Read More

Biblical Counseling with Couples and Families trains the counselor to intervene with relationship problems present in pre-marital, marital, and other family relationships. A system of pre-marital counseling is taught along with techniques for addressing mild to severe marital conflict. Critical issues such as marital preparedness, Biblical structure for marriage, communication, and intimacy are explored along … Read More

The Body of Christ is called to restore the fallen (Gal 6:1-2) and evangelize the lost (Matt 28:18-19). Join us for this important training that helps the Church answer its biblical mandate to “Bear one another’s burdens, and thereby fulfill the law of Christ” (Gal 6:2). 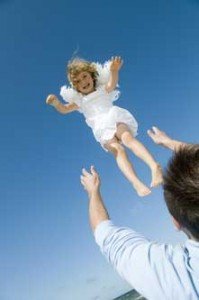 Recently my daughter came to visit from college…only this time she was accompanied by her fiancé. When exactly did my “baby” become this beautiful, 21 year-old, young woman?  Sarah’s unbalanced toddle has been replaced by a determined, self-directed gait. Her moments of uncertainty and hesitation have long yielded to a spirited confidence and an independent mind. And her ready compliance to her father’s authority now struggles, resists, and even rebels, as she tries to work out who she is and where she is headed.

I love her energy, zest, and spirit for life. I am grateful for her poise. But I would be less than truthful if I said I didn’t miss the soft, submissive two-year-old who held tightly to my finger as we walked down the street; who called for me when she was unsure; who trusted every word I spoke as truth and brilliance; and who believed Daddy could do anything!

So many times we played together in the bay behind our house as she freely explored the water, fish and hermit crabs? Hundreds of times she stood on the pier and shouted, “Catch me Daddy” as she jumped into the water, supported and protected by my waiting arms. I am proud to report that I never dropped her, not even once! She was fearless because I was there, overseeing her every move. I was vigilant in my watch for anything that would harm her, and she knew she was safe in my care.

Today, as a burgeoning adult, Sarah is nearing the end of her college career and the beginning of married life. As she has grown, she has become confident in her own care and is convinced that my abilities have been previously overrated!  It’s a struggle watching my baby grow up…painful really. Sometimes it is especially difficult when I know she needs me, but refuses to call.

As a young adult her signals are harder to read. Instead of asking permission, she asks for forgiveness; instead of seeking my approval, she demands my agreement; and rather than holding tight she is pulling free. But in the midst of all the turmoil and confusion, if I listen really hard, I can still hear her cry: “Catch me Daddy.” 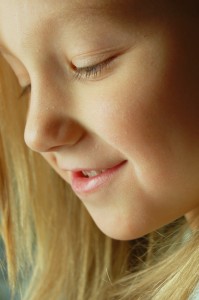 After receiving God’s magnificent grace and abundant supply throughout the generations, the Jewish nation was quick to forget and ultimately reject the God of their salvation. Frequently following God’s rescue and provision, His people would attach themselves to foreign nations for support and protection. In doing so Israel would adopt the traditions, culture, and gods common to the nation upon which they depended.

An excellent account of this occurs in Ezekiel 16 where God, through the prophet, describes how He rescued a lost, despised, and hopeless people (Israel), giving them life and identity as His own children. Using the parable of an abandoned newborn, God illustrates how He rescued and raised the rejected infant to maturity, only to have the child devote its heart to a foreign god (Ezk 16:1-19). In their idolatry, God’s people turned even to the literal sacrifice of their children.

“Moreover, you took your sons and daughters whom you had borne to Me and sacrificed them to idols to be devoured. Were your harlotries so small a matter? You slaughtered My children and offered them up to idols by causing them to pass through the fire” (Ezk 16:20-21).

When New Testament Christians read of such abominations in Scripture, we often have difficulty relating and fail to see its application. After all we no longer witness children placed in the sacrificial fire to honor Molech or Ashtoreth. But as a biblical counselor I would suggest that idolatry is alive and well and children are indeed offered on the altar of countless “high places.”

The worship of self is primary and has fragmented the biblical home into pockets of individual gratification, personal goals, rights and entitlements. Biblical order is often abandoned because God’s structure interrupts one’s selfish ambition (Phil 2:3-4), calling instead for the glory and magnification of God above all else (Mark 12:30).

Read MoreFalse gods and the Sacrifice of Children