On Saturday April 18, 2020, BCI will offer Introduction to Biblical Counseling through a live Internet Simulcast available Internationally. The seminar will offer the same training as we teach in local conferences…And since the seminar is precast live, students may participate in real time with questions, comments, and participation in case studies and small group interaction. When … Read More

Biblical Counseling with Individuals expands upon the basic principles offered in the introductory class. With a focus on individual spiritual, emotional, relational, and behavioral concerns, the student is trained in specific techniques of care in a one-to-one relationship of discipleship, education, and counseling. Common issues of depression, anxiety, relationship difficulties, grief, anger, and addiction are … Read More

Introduction to Biblical Counseling is the first required course for all students. The course introduces the student to basic concepts of Biblical counseling including problem identification and definition, treatment planning, and counseling techniques and intervention with individuals and families in crisis. Students are trained in the direct application of Scripture to specific problem areas, the … Read More

The second of three seminars for current students in the Destin, Florida training group who are completing the requirements for certification. Each of the tree seminars will provide an opportunity for case studies, counseling practicum, and faculty supervision necessary to complete the BCI training program. Each student is required to complete: 20 hours of counseling … Read More

The first of three seminars for current students in the Destin, Florida training group who are completing the requirements for certification. Each of the tree seminars will provide an opportunity for case studies, counseling practicum, and faculty supervision necessary to complete the BCI training program. Each student is required to complete: 20 hours of counseling … Read More

Biblical Counseling with Children and Adolescents offers focused, specialized training for helping children and teens between the ages of six (6) and eighteen (18). The student is given specialized training on matters of childhood development and the unique challenges that come with this population. Much emphasis is given to the process of helping parents in … Read More

Introduction to Biblical Counseling is the first required course for all students. The course introduces the student to basic concepts of Biblical counseling including problem identification and definition, treatment planning, and counseling techniques and intervention with individuals and families in crisis. Students are trained in the direct application of Scripture to specific problem areas, the … Read More

The Body of Christ is called to restore the fallen (Gal 6:1-2) and evangelize the lost (Matt 28:18-19). Join us for this important training that helps the Church answer its biblical mandate to “Bear one another’s burdens, and thereby fulfill the law of Christ” (Gal 6:2). 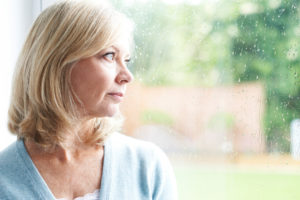 Anxiety can be a confounding and debilitating force in one’s life…and believers are not immune to its affect. Consequently, anxiety is often referenced as the reason for entering counseling. Most who become overwhelmed by this issue have tried numerous approaches before contacting a counselor including prayer, Bible study, and other Christian disciplines. Yet they enter biblical counseling discouraged, fearful, and filled with self-condemnation centered upon what many refer to as a lack of faith.

Other believers have taken a secular approach to anxiety, seeking relief through psychotherapy, medication, hypnosis, and other stress management approaches. Worldly approaches often focus upon external factors and circumstances rather than the fearful heart of an individual. And, there is a growing attitude that excessive anxiety is biochemical, and can only be the managed medically. And while these approaches can yield temporal relief, they offer nothing that is spiritually curative.

The biblical counselor must not be overtaken by the horizontal clutter surrounding this matter. Rather, we must receive the counselee in whatever state they arrive for this divine assignment. It is not our role to rebuke the counselee for a worldly orientation or for the use of secular remedies. At the same time, we must be very careful not to endorse or promote anything but a spiritual/biblical plan of care and counsel.

The frustration sufferers feel concerning anxiety is real, and very likely, lengthy in its history. To intervene biblically will require much perseverance, holding always to the sufficiency of Scripture as our foundation and guide. Transformation and not relief, is our objective…looking for the natural byproduct of God’s Word changing the nature of an individual, rather than providing a temporal respite that does not endure. As Jesus taught the Samaritan woman at Jacob’s well:

Read MoreBe Anxious For Nothing…

Thanks to the proliferation of television, self-help books, and the Internet, many counselees have researched their individual conditions and concerns before making an appointment for biblical counseling. As a result, many will enter counseling using secular, psychological, and even medical terms to describe their complaints. Often this terminology is applied to others instead of self, as the individual counselee seeks to describe his/her circumstance.

Some examples I have heard within my counseling room include:

In each situation, the counselee had spiritual, behavioral, and emotional issues that were indeed painful and chronic. Each were seeking an explanation for their struggle. However, their use of secular language and humanistic diagnostic terms led them to pursue secular and humanistic relief. Each one had discovered a term or condition they believed absolved them of responsibility; both for the problem and the solution.

Scripture relates the following truth: “For as he thinks within himself, so he is…” (Prov 23:7a). Our meditations matter greatly and so do our sources of study and research. Whenever a believer consults and relies upon worldly versions of “truth,” he/she becomes vulnerable to the intoxicating influence of humanism.

As a Biblicist, I view the Bible as fully sufficient for the counseling task and superior to any explanations offered by the world. Most Christians however value and respect the Bible and might even see it as inerrant; but few have studied Scripture from the perspective of sufficiency. As a result, most of our counselees offer distorted renditions of life that strangely employ biblical language mixed with secular opinions and terminology. But when the counselee settles upon, and believes the secular explanation (as in the examples above), we know they are seeking the world’s remedy that may, or may not, find agreement with God’s Word.

This merger of Christian thought with secular reasoning, in time, defiles the purity of one’s relationship with Scripture. Humanism is diametrically opposed to biblical truth in most, if not all, circumstances. When attempting to find agreement between God and the world, one has already conceded that the Bible is insufficient for the problem at hand. In using secular and psychological terminology, the counselee demonstrates his/her urgency for relief, without regard to God’s intent and purpose. Paul wrote concerning the overtaking of the mind and conscience:

To the pure, all things are pure; but to those who are defiled and unbelieving, nothing is pure, but both their mind and their conscience are defiled (Titus 1:15).