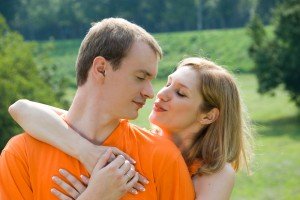 Biblical counseling is having a significant impact toward fulfilling our purpose of “Preparing People to Meet Jesus” here at Valley Baptist Church.  This is taking place on three distinct levels.

First, we now have about 16 people who either have completed or are working toward certification in biblical counseling in a congregation of about 200 in average attendance.  In October of 2009 we began the ValleyConneX Biblical Counseling Center staffed with our counselors on Thursday evenings from 6:00 p.m. to 9:00 p.m.  Other appointments are made during the week as the counselors and people coming for help are available.  From about a month after we began this ministry we have had a steady and sometimes almost overwhelming stream of people coming for counseling.  The counseling center ministers to people from both the church and the community.

Second, people in the church are approaching the people who have been through the certification process for help.  Since we have a wide variety of people who have been trained as biblical counselors, it is not hard to find someone with whom they have a natural connection.  I have realized that many or even most of these people would not have come to the pastor or made an appointment at the counseling center. So rather than having people hurting to the point of desperation before seeking help, they are approaching these counselors in a time of need but before the situation becomes critical.

Third, people in the church who have no formal training in biblical counseling are becoming more sensitive to assignments God is placing before them.  They are realizing that a believer, filled with God’s Spirit and armed with God’s Word, can effectively minister to others.  They also realize their need for accountability and instruction, so they are seeking out our trained biblical counselors to guide and mentor them through their ministry to others.

The story of Jeff and Mary Ann provides a snapshot of what God is doing.  They came to the counseling center at a time of desperation in their marriage.  Here is their story in their own words:

Biblical Counseling through the BCI institute saved our twenty five year marriage. It really helped us do a 180 degree turnaround from where we were.

We had tried other Counselors, including “Christian Counselors” and we knew that we would be on a five year plan with them. We really needed help now and didn’t think a drawn out process of talk therapy was going to work.

A friend who had been through the BCI program told me over lunch to go see Pastor Larry Creamer and the next day my husband called and set up an appointment. I figured, what could it hurt? I (Mary Ann) had been planning a new life after our last child left for college.

My husband Jeff had been withdrawn and had anger issues that he wasn’t able to resolve. Pastor was able to biblically show him truths about anger and discuss repentance and Godly sorrow with him. We had been Christians for many years and had not understood the difference between asking for forgiveness and true repentance.We believe because he is the spiritual leader in the home that as he changed, I was able to see my sin and heart issues.

We are now both focusing our lives on Jesus Christ and have renewed our commitment to each other based on God’s word and principles.

This type of counseling was direct, truthful, honest, and powerful. It was presented in a spirit of love and genuine concern.

The rest of that story is that Jeff and Mary Ann are now a part of the Valley church family and are working toward certification in biblical counseling.