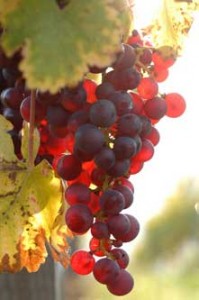 Evidence of Rob Bell’s unhealthy diet and deception is found in his latest position as an advocate for homosexual sex and same-sex marriage. In a recent radio interview in England, Bell said:

“I believe God [is] pulling us ahead into greater and greater affirmation and acceptance of our gay brothers and sisters and pastors and friends and neighbors and coworkers.”

Bell was asked repeatedly to describe the methodology, biblical or otherwise, that led him to this conclusion. Along with making vague references to our current culture and denying the scriptural prohibition of homosexual sex, and with great frustration, Bell offered the following summation:

“I think it’s time for the church to acknowledge that we have brothers and sisters who are gay and want to share their life with someone. This is a part of life in the modern world and that’s how it is.”

There you have it in a nutshell… “that’s how it is,” sayeth Rob Bell. According to him God is evolving from His previously firm position on the matter and is now “pulling us ahead” to a new revelation. This tainted fruit has truly made Rev. Bell “like God” (Gen 3:5). He goes so far as to infer that Paul’s writings on the topic were really about “idolatry” and did not make reference to “what we are talking about in 2013.”

If Bell’s claim holds any truth, why did Paul individually reference both idolaters and homosexuals, along with other sinful identities, as unrighteous? In fact to be defined by the sinful act (homosexuality = homosexual) implies a perpetual participation in the lifestyle that Bell wants so badly to legitimize. But Paul states that a true believer and follower of the Lord Jesus Christ would no longer bear these definitions; the conduct and title would both be put away:

This passage from 1st Corinthians includes the warning, “Do not be deceived…” Bell is bearing fruit of the “tree of knowledge of good and evil.” He has become a propellant for the lie of homosexuality and he is helping this earthly agenda take root in the Church. Bell is deceiving thousands upon thousands with a false gospel that accepts sin without repentance and encourages the continuation of a lifestyle that is hostile to the law of God.

Bell’s gospel calls us to accept the world’s rendition of what is acceptable and force God’s Word and God’s people into submission. “The world wants it, therefore God must endorsed it!” In other words, God must change so that man will not have to. But the Gospel we embrace teaches:

Therefore if anyone is in Christ, he is a new creature; the old things passed away; behold, new things have come (2 Cor 5:17).

Changing one’s behavior will never bring salvation; but true salvation will always change one’s behavior. Grace is powerful indeed and it does not yield a boldness to ignore God’s truth and to continue in willful sin. Paul wrote:

To encourage the continuance of a lifestyle under the misrepresented doctrine of grace is heresy at the highest level. With arrogance and pride Bell dares to deny and distort God’s Word giving preference to his own imaginations. James wrote of this type of wisdom:

But if you have bitter jealousy and selfish ambition in your heart, do not be arrogant and so lie against the truth. This wisdom is not that which comes down from above, but is earthly, natural, demonic (Jas 3:14-15).

Many claim it is harsh to define homosexuality as sin. They argue that God would never be so cruel as to condemn a natural urge and personal preference. But holding to the “wisdom from above” (Jas 3:17-18), which is disclosed through God’s Word is not harsh and cruel. Rather leading a lost sinner into hell is the greatest brutality of all. Jesus gave this warning to those who would impede the Gospel:

It would be better for him if a millstone were hung around his neck and he were thrown into the sea, than that he would cause one of these little ones to stumble (Luke 17:2).

Preachers like Rob Bell should awaken to the full Gospel, come to repentance, and change their message (2 Cor 7:10). The Lord God is both love and justice, grace and punishment. I pray that his diet be transformed from the trending nature of the world to the unchanging Truth of Christ (Jn 14:6). Otherwise Bell may be called to account in a similar manner to Job:

Then the LORD answered Job out of the whirlwind and said,

Who is this that darkens counsel

By words without knowledge?

And I will ask you, and you instruct Me!

Where were you when I laid the foundation of the earth?

Menzie, N., “Rob Bell Grows Frustrated Amid Questions on ‘Sinfulness’ of Homosexuality” , The Christian Post, May 4, 2013.

1 thought on “The Homosexual Gospel: According to Rob Bell”